Which Material Used In Railway Track?

The track is subject to variable vertical, transverse and longitudinal static and dynamic loads, which are transferred from the rail to the roadbed by sleeper and roadbed. By means of mechanical theory, the stress and strain generated by each component of the track under various load conditions are analyzed and studied to determine its bearing capacity and stability. 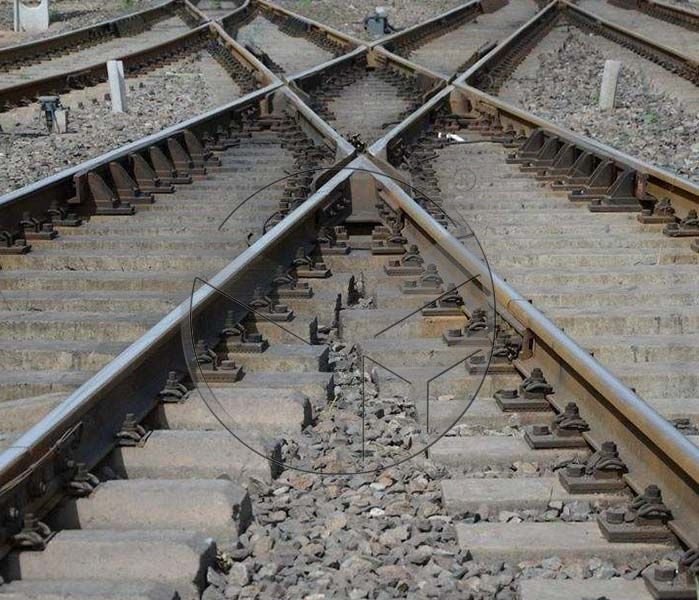 The roadbed is directly laid on the roadbed surface. The roadbed is made of gravel, gravel, slag and other materials. Rails, sleepers, and track beds are some of the different mechanics.

Qualitative materials, which are combined in different ways. Generally speaking, the bottom of the track is the trackbed, which provides the elastic and drainage function for the track. Rails can also be laid on concrete plinths (common on Bridges) or even embedded in concrete.

Sleeper buried in the bed, generally for horizontal laying, with wood, reinforced concrete or steel.The rail is fastened to the rail pillow by connecting parts. 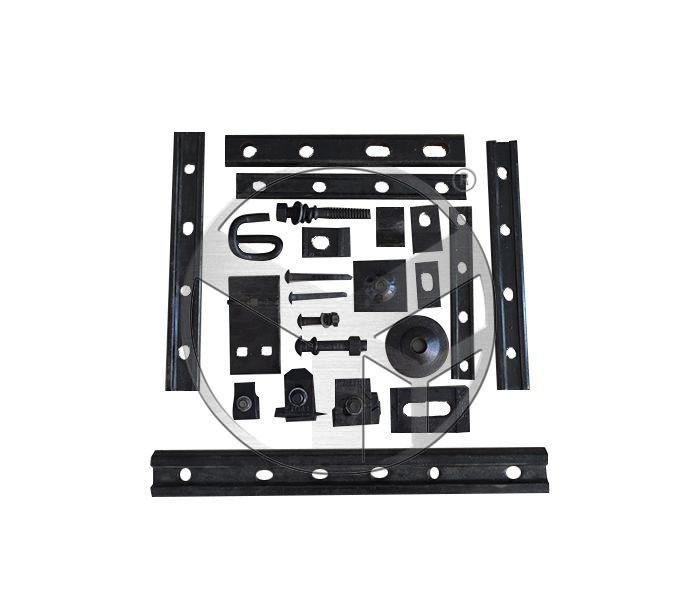 The function of railway spike is to buckle the rail on the rail pillow and maintain the fixed gauge between the two rails, the most commonly used railway spike is a common spike, hook spike, and spiral spike varieties.

Rail joint parts are to maintain the strength and stiffness of the joint so that the rail has uniform elasticity. Generally, two fishtail plates are attached to the waist of both sides of the rail, and the bolt with a spring washer is tightened. Fishtail version has 60 cm and 90 cm two kinds, the use of 60 cm version to screw with 4 bolts, the use of 90 cm to screw with 6 bolts.

It is used to support the waist on the outside of the rail to resist the lateral force on the railhead and prevent the spike from loosening due to the rail tilt.

The metal clip or handle on the bottom of the rail is embedded with the sleeper, which can not only resist the vertical rolling of the wheel and the lateral thrust but also prevent the longitudinal crawling of the rail.

Installed under the rail, with its side against the sleeper (and pad), in addition, to prevent the rail caused by the rolling of the wheel longitudinal crawling, and can control the rail due to the increase in temperature and the phenomenon of extension.

All high-speed railways are built using a standard gauge (1435mm). The only exceptions are the 1520mm wide-gauge high-speed railways used by Russia and Finland. General railway generally divided into three broad gauges, standard gauge, narrow gauge. Most of China's early railway construction by Britain and Belgium engineer a pro-western policy at that time so the gauge use British standard, so most of our country with a standard for the standard rail (1435 mm), in the Yunnan-Guizhou region, Henan and northeast forest farm before liberation and narrow gauge railway built in the early years of liberation, also calls the MiGui, for gauge meter, and some local railways and industrial self-rail also USES MiGui, in recent years has been transformed.

The sleeper bearing pad under the rail is a railway object used to support the rail. Its functions are as follows:

1. The load transferred by the rail is evenly distributed on the ballast.

2. Maintain the line of the rail and the gauge between the two rails.

3. Ensure that the track has a uniform spring, acting as a building beam.